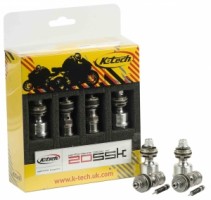 The 20SSK kit is a 20mm fork kit that has been designed 100% by k-tech’s in house development team and manufactured entirely in the UK using only the very best engineering techniques and processes available. The 20SSK kit gives better damping control which in turn gives a safer more positive control of your motorcycle. This kit is designed to fit most O.E. forks with a 20mm cartridge system, which covers most modern sports and touring motorcycles. The kit also gives a much wider range of rebound adjustment due to the closer tolerance flow control metering orifice and needle giving you the ability to tune the suspension to any style of riding. 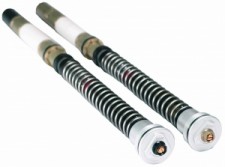 For 2009 K-Tech have released their ultimate 20DDS “direct damping system” front fork cartridge kits, these have been developed and evolved over the last two years at British Supersport Championship with Glen Richards.The unique new system is designed to fit all modern USD original equipment front forks, turning them into a fully closed damping system eliminating any contamination or atmospheric pressure affect in the system. 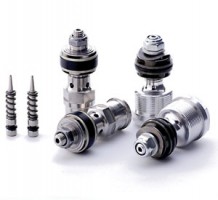 The 20SSRK kit has been designed for the more serious racer having been developed over the previous season with many top riders in the British Superstock series. The kit gives improved performance under hard braking and gives a much better mid corner feel. This kit was used to win the BSB Superstock Championship. 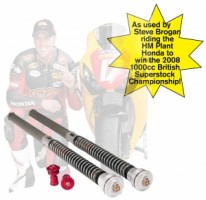 The 25SSK kit is the ultimate all aluminium racing fork internals designed 100% by k-tech”s in house development team whilst working closely with British and World series supersport teams. Using aerospace specification materials and techniques the kits are made totally in the UK. The kit consists of a 25mm diameter damping tube complimented with a 14mm diameter piston rod to give a greater displacement of fluid and to allow for better damping control. The 25SSK kit has been evolving over the past four years at the highest level of racing and has won British and World Championship titles along the way. 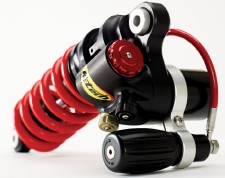 For 2010 K-Tech released their 35Direct Damping System rear shock absorber which has been in development over the last two years, this new product line was made available in very limited numbers during the 2010 season to teams around the world for continuous development at the highest levels of racing. The new rear shock has performed remarkably during the season with teams and riders winning races in BSB Supersport, Superstock and Superbike, AMA Superbike and in IDM where the 35DDS and 20DDS front fork cartridges have won the 600cc Supersport Championship. all of these results have given valuable feed back for the final specification 2011 production units available on the shelf for the new year!